A brief history of digital signage 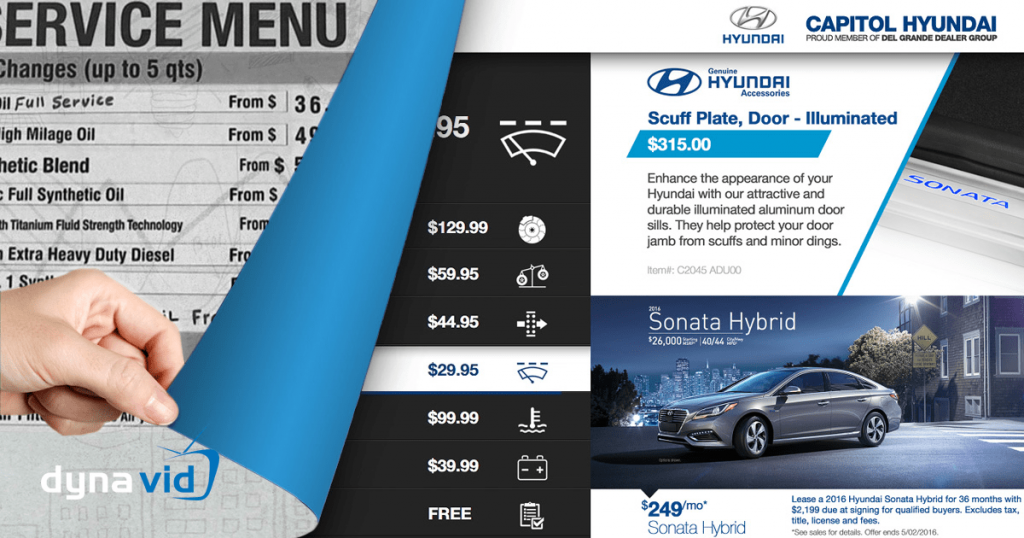 Innovation is at the core of every change. Be it scientific, technical, geographic, or linguistic – it affects all spheres of living and reshapes the way we view the world. The advancement in IT and technology, in general, has allowed advertisers to move from a two-dimensional world into the compelling world of moving pictures.

Advertisers have always wanted to attract the attention of their potential customers. Using different means – wooden plates (tablet was their name), inscriptions, runes, color, and simple logos – ancient people managed their way in publicizing and promoting their skills, products, and services.

One would think that the situation has not changed much in the last couple of millennia – the objective remained the same, didn’t it? Even though this may be true, it seems that with the changing aspects of everyday life, the marketers have learned things which their ancestors have not:

These are all the factors that need to be borne in mind when starting a campaign. For example, at the time when people were completely illiterate (letters had not yet been invented), people used to advertise via word of mouth – saying that the fish old Joe catches down the street are better than Mike’s.

Before the dark ages not much happened – people usually wrote political slogans on ancient Roman houses and, back in ancient Egypt, they would cut stone and use paint for making notes. However, after the Chinese invented paper and Gutenberg invented the printing press, things started changing significantly. Still stuck in 2D, though.

It is said that the first poster ad in English was placed on a London church door in 1472. Magazines started entering the lives of people, and slowly ads appeared promoting products, not brands. After that, when the industrial revolution began to take place in North America, people started to be replaced by machines and goods were manufactured in greater quantities. A sea of new products needed advertising (by actual clients, not advertisers) and we saw the first magazine ad in 1844.

As modes of transportation started developing, the earliest billboards and transit ads emerged, as well. In 1870, Powers’ Style of ad copy was developed (hyperbolic in its nature), and it was: short, to-the-point, truthful, and convincing.

“If the truth isn’t tellable, fix it so it is.” John Emory Powers

People started receiving postcards via mail, and catalogs soon began appearing. In 1900, Northwestern University started studying advertising as a new discipline. Soon, the focus shifted to branding and packaging design, to help consumers differentiate between products that satiate their needs. When the first Pacific telegraph cable was laid, and President Roosevelt sent his message around the world –a new era of advertising begun. Advertising in the 1900s started focusing on the campaign, which consisted of a series of ads on different channels: paper, automotive, airborne.

Advertisers started focusing on the emotional appeal, and radio ads emerged for the first time in the 1920s.

“Ads are not written to entertain. When they do, those entertainment seekers rare little likely to be the people whom you want. This is one of the greatest advertising faults. Ad writers abandon their part. They forgot they are salesmen and try to be performers. Instead of sales, they seek applause.” Claude C. Hopkins

After the crash of the New York stock market, more than half of US homes had a radio, which made room for specific market research techniques to develop to reach the right audiences. Daytime soap operas were created (on radio), and Federal Communications Commission was established in 1933. During WWII, propaganda and ad clutter reach their peak, and in 1941, the first TV commercial reached 4,000 TV sets, while half of the Americans had a phone.

“The best headlines are those that appeal to the reader’s self-interest, that is, headlines based on reader benefits. They offer readers something they want – and get from you.” John Caples

A creative team consisting of a copywriter and art director was first introduced in the Think Small Volkswagen campaign by Doyle Dane. In the 1960s, the focus of advertisers was now on individuality, because their consumers started to become rebellious. In the 1970s, telemarketing emerges.

“A wealth of information creates a poverty of attention.” Herbert Simon, attention economics

In the 1980s, TV becomes the latest and greatest advertising medium, while materialism reaches new heights and infomercials capitalize on consumer self-interest.

In the 1990s, advertising alone was not enough to drive sales, and those practices did not shape a brand image only. Messages from many sources formed it, and integrated marketing was born with customer-centric messaging via sales, promo events, PR, customer service, and advertising. Cell phones reached the mass market. In 1993, the Internet had 5 million users worldwide. Seth Godin introduced permission marketing in 1998 – rather than interrupting people, marketers “have to turn attention into permission, permission into learning, and learning into trust.”

By 2000, search engines (Yahoo, Bing, Google, and MSN) created a need for SEO, i.e. search engine optimization. The National Do-Not-Call Register was established, and social networks emerged (MySpace in 2003), YouTube, Reddit, and Google Analytics launch in 2005, and in the same year, Facebook launched for college students only. In 2007, Apple released the first iPhone, and Twitter began in Texas.

“Online, you are what you publish.” David Meerman Scott

Inbound marketing emerges, with the credo to market with a magnet, not a sledgehammer – create findable, valuable content and earn consumer interest. Marketers start creating digital experiences which add value and create demand for products.

Commencing in the 2010s, media companies reached readers via native advertising, i.e. ads disguised as content. Visual content was a hit and storytelling was in a renaissance in the age of digital content creation. Nowadays, it is said that brands do not find customers; rather, customers find brands (source: Hubspot). However, content creation is nothing without the right context, so brands need to create digital experiences via dynamic content that is curated mainly by digital footprints the consumers have left behind. The focus is on creating something people want to consume.

This all left room for digital signage as the newest advertising tool.

As can be seen from those mentioned above, digital signage would not be what it is if it were not for consumers with changing needs. The twenty-first-century consumer is the driving engine of digital signage. The first phase in the digital era was telemarketing, followed by the development of infrastructure and reaching its peak after spam calls which were stopped by the introduction of caller ID and more strict laws and regulations on consumer protection.

The future of digital

The present usually makes space for future predictions. If we were to judge it by the current state, it seems that in the future digital signage is going to be more user-centered and user-friendly, giving enough space for interaction via means of touch technology and mobile devices. It may even integrate across devices and even in your house – not just at a store or dealership server. And who knows what we may expect to come next? Currently, digital signage trends predict that it is here to stay, and even improve soon. Some even think that face recognition will be the next big thing (not so 1984-like, but let’s not think about it in that way) – allowing software to recognize the type of consumer that approaches the digital sign and choosing contextually-conditioned content, specially curated for that kind of person.